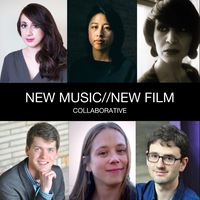 The goal of the New Music//New Film Collaborative is to create new musical works and pair them with amazing video art. Mary Kouyoumdjian, David Clay Mettens, Daniel Pesca, Leaha Maria Villarreal, and Kirsten Volness will each write a piece which includes or features cello, which will then become the basis for a series of five videos created by XUAN. A frequent collaborator with musicians (and a trained musician herself), XUAN will produce five videos in response to the five new compositions, which will be posted online with the recorded audio of each piece. On December 8, 2019, the videos will be projected alongside live performances of these pieces on Constellation’s Frequency Series.